From Dennis Lahane’s Shutter Island to Frederik Pohl’s Gateway, psychotherapy frequently pops up as an important element in genre fiction. But authors don’t always get it right. Often they  draw on an outdated vision of what psychotherapy entails or otherwise manage to distort the process. My guest blogger, Mike McMahan, a licensed psychotherapist and  heavy metal music blogger, helps set the record straight.

When asked “what do fiction writers get wrong about therapy?” the temptation is to say “everything.” But since no one wants a dissertation, I’ve narrowed it down to two key observations.

One: If you’re in the counseling field, you learn about Sigmund Freud. Period. He is the father of the field and his influence is not to be understated.

That said, almost no one practices in what might be considered in a Freudian fashion. We all know the cliché. You go into a therapist’s office, they have you look at some weird inkblots and nod and mutter when you respond to “tell me what you see.” You then free associate about your mother and whatever prompts the therapist gives you. He rubs his beard and then gives you probing insight into your psyche and whatever underlying, twisted, psychosexual traumas are driving your current challenges.

Except it’s nothing like that. Generally speaking, therapists these days are behaviorists, though there are many specific schools of thought. A therapist will generally draw from one philosophy, which is said to be their theoretical orientation. Most clinicians these days will help you consider behaviors in your life, and ask you to think about how feelings about events impact your reaction to those events. The key figure of behaviorism is B.F. Skinner.

I often use the example of a cube. If that cube in a sequence of events, a therapist should help you put that cube on the table in front of you and help you look at all six sides. You might have been seeing one or two sides, but there are probably more (six, in fact, to force this example).

Two: A good therapist will not give you advice. I often hear/read characters uttering the phrase “my therapist told me to do such-and-such.” A therapist’s job is to help you consider a problem from multiple angles and to collaborate with you to help you make your own decision. I have encountered situations where a client says to me “you told me to do this,” but that is rarely the case. Generally, they have misunderstood something I’ve said or heard what they wanted to hear.

Think of it this way: a therapist’s (somewhat contradictory) job is for you to have no need to come back and see them. If a therapist is telling you what to do, they’re doing you a disservice. Therapists are not like accountants, who see you once a year on April 14 or so. If you rely on a therapist to tell you what to do, you could become dependent on them, thus making the goal farther out of reach.

On top of that, a therapist only knows your life via what you tell them. How can we tell you what to do? You’re the expert on your own life. We’re just here to listen.

Mike McMahan, LPC, is a psychotherapist based in San Antonio, Texas. He posts regularly on his pop culture/psychotherapy mash-up blog Therapy Goes POP. He is also a contributor to the music blog Heavy Blog Is Heavy. 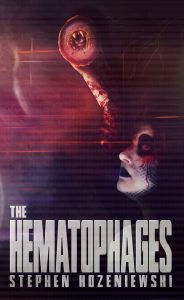