Yes, you've seen it before, but why not revisit those mile-deep catacombs?

This is the 149th my series of Forgotten, Obscure or Neglected Films

Welcome to 2016! I wanted to start this installment off on a good note so, when I got up that morning and turned the TV to TCM, what should appear? THEM! was coming on in ten minutes! And, yes, I know this is not a “forgotten” film. It is quite definitely well known, at least among film fans of my age grouping.

And, just like The Thing From Another World from two weeks ago, this one has James Arness in it. Growing up with Gunsmoke on TV as a kid, I have always liked Arness’ easygoing style.

THEM! Has an all star cast, which is amazing for the science fiction/horror film of the day. Along with Arness, you have James Whitmore, an Academy Award nominee in 1949 for Battleground and Edmund Gwenn who won an Oscar in 1947 for Miracle on 34th Street. That’s some star power. But then the supporting cast included soon-to-be-bigger names and character actors like Fess Parker (soon to be Davy Crockett), William Schallert and Olin Howlin as a drunk. Leonard Nimoy has a small part as a radio operator.

Originally set to be in color and 3D, Warner Brothers slotted THEM! back into black and white. And it is wonderful in that format. Two New Mexico State Police troopers, Ben Peterson and Ed Blackburn (Whitmore and Chris Drake, respectively), find a young girl (Sandy Descher) wandering in the desert. She is nearly catatonic. They find her home, a trailer, a few miles away. It has been ripped apart. Her family is missing.

Soon the troopers pass by a general store and find a similar type of destruction, including a shotgun that is mangled and the body of its owner. Strange tracks are found. Peterson leaves with the girl to make a report, leaving Blackburn to guard the store. A bad move for Trooper Blackburn, as he soon is killed by giant ants.

Giant ants have evolved in the New Mexico desert as a result of atomic bomb tests. Scientists Dr. Harold Medford (Gwenn) and his daughter Dr. Pat Medford (Joan Weldon) confirm that the strange tracks belong to ants. The group is joined by FBI agent Robert Graham (Arness) who develops an attachment with Pat Medford.

The crew tracks down a nest of giant ants in the desert and drops cyanide gas into the hole while the insects are inactive. Later the army sends in a crew with Pat and they find that the ants inside the nest are dead. However, Dr. Medford notices that a chamber contains some hatched eggs, but no bodies. The eggs were for queens and Pat is concerned that the queens have hatched and flown away to establish new colonies. Two queen eggs were noted, so a nationwide search is established to look out for unusual activity and reports of flying ants or flying saucers.

This leads to a psycho ward in Brownsville with a small craft pilot (Parker) who saw one of the queens heading into Mexico. And from there to a ship in the Gulf that has ants on board. The next big report comes from Los Angeles where a boxcar with 40 tons of sugar has been ripped apart. Nearby searches find drunk Jensen (Howlin) who has seen the ants from his window at a recovery ward. But, of course, no one believes anything he says. This leads to confrontations in the sewers under LA. Just exactly where I’d want to be fighting giant mutant ants.

THEM! is a wonderful film, well paced with good performances and decent effects. Plus, Bronsilau Kaper provided the movie soundtrack and that is always a plus!

Sure you’ve seen it before! But it’s worth seeing again and it got my year off to a great start. (I later went to see the new Star Wars that evening, so it stayed pretty enjoyable). I hope your New Year’s Day was as good. 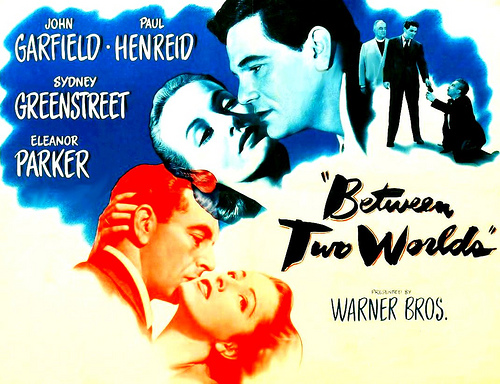 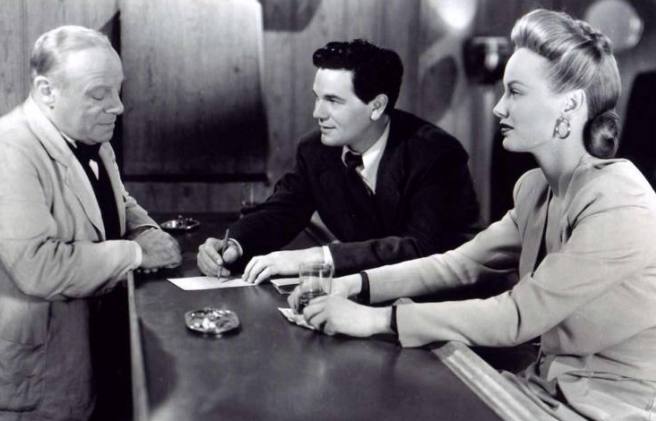