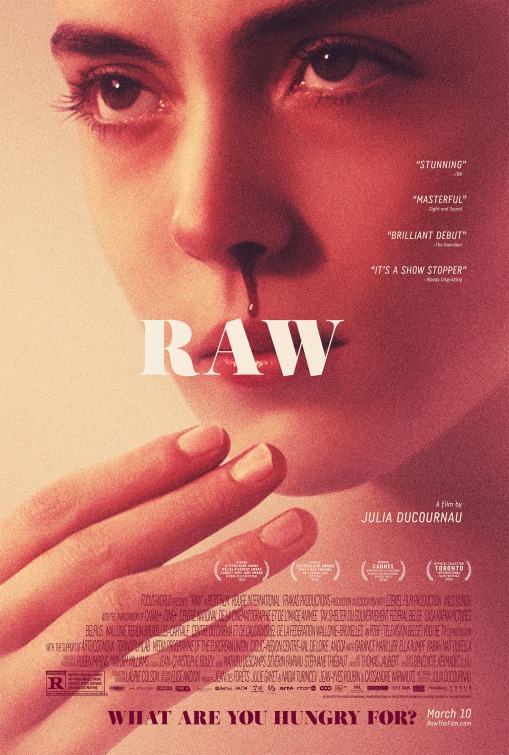 When we become adults, though, the fear doesn’t go away. Instead, a different kind takes over: The realization that even when we’re grown, we’re still not in control of our bodies. They take on urges we cannot control, they lead us to make stupid decisions, and they’re not as invulnerable as we once thought.

Julia Decournau’s disturbing new movie Raw works because it so accurately captures the onset of that realization. The French-Belgian production walks the line between an art house coming-of-age film and a cannibal horror flick.

It follows Justine, a straight-laced vegetarian on her first semester at veterinary college. Away from home for the first time, she’s subjected to a rough bout of hazing that culminates with her being taunted into eating a raw rabbit kidney. Rather than saving her from the torment, her older sister Alexia — also a student at the school — actually forces the nasty bit into her mouth.

What follows is a dreamlike descent in which Justine’s bodily discovery, including her budding sexual awakening, become conflated with the consumption of raw meat. A bikini wax at the hands of her sister leads to her first taste of human flesh — and, from there, her tumble into madness seems inevitable. Again and again, adult desires cross the line into bloody cannibalism.

And when Justine watches her older sister suffer from a more advanced version of the same affliction, it likely evokes our experiences seeing family members succumb to sickness. As their health declines, we know the same eventually will happen to us… Maybe not next year, or next decade, but at some point in our lives.